Filmmaker William English (of ResonanceFM‘s radio show Wavelength) has just released an artist’s book loosely themed around Leicester, or rather, Leicester-as-a-state-of-mind. I worked on its graphic design, and even supplied a rather discursive foreword. It’s titled ‘Perfect Binding: Made in Leicester‘ and to encapsulate the essence of it is tricky, but a new blogpost over at the main Miraculous Agitations blog offers some perspectives on it. Anybody interested in the psychologies behind mid-20th century counterculture will find much to chew upon. 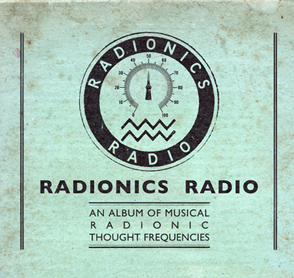 This month the Radionics Radio album – An Album of Musical Radionic Thought Frequencies – is released on Sub Rosa.  An introductory blogpost can be found at the Miraculous Agitations blog.

A weekly series of Radionics Radio broadcasts begins on Resonance 104.4FM at 3:45pm, Friday 6th February.  Each broadcast will last fifteen minutes, featuring radionic tones submitted through the website, developments in tone diffusion, and elaborations on radionic theory.  If you haven’t yet submitted thought-frequencies, now is the time!

To see some examples of thought-frequency diffusions (and a help video), go to the Radionics Radio Vimeo page. 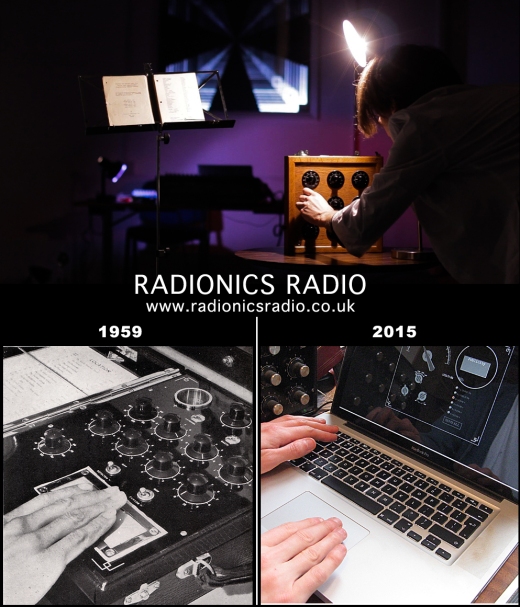 A new blog post over at the Miraculous Agitations blog marks the launch of the Radionics Radio web app v.1.  It’s ready to use, and any user-submitted frequencies will be gratefully received and re-irradiated on Resonance FM in weeks to come…

‘The Philosophy of Mediadropping’ show mentioned in the previous posting is now available online as a podcast here.

Mediadropping is the random public dropping of home-made media which is peculiar in some way, with the intention of eliciting a reaction from whoever finds and plays the media.

I have often wondered if an old mediadropping was responsible for the phenomenon of “planking”: where photos are taken of people lying down in unusual places and circumstances.  In March 2005 I had compiled a CD-R mediadropping extravaganza, bearing various mp3s, images and random text files of quantum physics and variations on the Heisenberg uncertainty principle.  Its intention was to flummox.  One directory, titled “The Fallen” contained a dozen photos of persons lying unexplainably prone.

One of these images, for example, taken around February 2005, featured Resonance FM’s Richard Thomas on the floor of 9 Denmark Street (the old station offices) clutching a drumstick, seemingly staking his claim as a pioneer of this art.  A rare and remarkable thing, this was seen as a radical nugget to be experimentalised as mediadropping fodder.  It should be noted this was before the UK “planking” craze of 2009 – after which time it was picked up by the tabloids and divested of its mystique, and, as such, would from there onwards be seen as being perhaps a bit infra dig (as least, to those already acquainted with the practice before it ‘sold out’).  Today’s “planking” bandwagon-chasers mostly appear to be people mucking about, often dangerously.  But these pre-craze 2005 mediadropping photos exude a profound honesty, a “professional strangeness” – an artistic integrity, if I may be so pretentious – which modern day attempts entirely fail to capture.

I can provide evidence of perhaps the earliest instance of “planking” (or, “the lying down game” as it’s also known).  I am certain that “planking” can be linked to a general mediadropping tradition… In 1995 I made several photographs showing the “lying down” phenomena – some school friends I persuaded to down their clipboards during a school trip.  Duplicates of these were made to accompany mediadropped cassettes from 1995-96.  This was before Radiohead’s video for ‘Just’ (showcasing epic “profound lying down”), and also predates the alleged invention of the “game” in 1997.  Of course, it completely precedes Robert J. Sawyer’s 1999 novel ‘Flashforward’ (curiously, also encompassing quantum physics in relation to “profound lying down”), the US TV adaption of the same name, and ‘This Morning’ hosts Phillip Schofield and Jenni Falconer popularising the “lying down” and trashing it up still further earlier this July.

As part of Resonance 104.4FM‘s broadcasts from Raven Row, a show I produced, voiced by Will Luscombe (of the exquisite Luscombe’s Choice), will be aired on Friday 17th June, entitled ‘The Philosophy of Mediadropping’.

‘The Philosophy of Mediadropping’ is a relentless musing on the practice of mediadropping – the dropping of home-made CDs, DVDs, tapes, books, manuscripts, etc. in public places for random people to find.

Mediadropping is a pathological habit of mine.  My old Resonance show, ‘The Exciting Hellebore Shew’, documented many mediadroppings in detail (or tapedroppings as I referred to them back then, as cassette was the weapon of choice).  Special ‘music’ was consigned to cassette or CD-R and scattered hither and thither.  Over time, an instrumentarium was built up specifically geared toward sonically shocking unsuspecting mediadropping recipients.

Mediadropping may be seen as a physical analogue of the ‘crapflooding’ and ‘trolling’ phenomena of the internet age, but this is a debatable comparison to be treated in a later posting here.  In the meantime, tune in to catch ‘The Philosophy of Mediadropping’ and hear Luscombe’s voice fed through a sawn-off trolley and a garage door.  Feel the cassette-grot erode your tolerance threshold.